SingSurf the full desktop java program, allowing complex 2 and 3 dimensional models from singularity theory and differential geometry to me constructed. For example it can calculate the principle directions, ridges, and focal surfaces of parametrised surface, or calculate the symmetry sets of plane curve.

Core Jep
Jep is a small fast mathematical parsing and evaluation library. It suports various datatype including, BigDecimals, strings and complex number and has a wide rang of built in functions. It is highly customizable allow diferent syntaxes for equations. I am co-developer and its available from singularsys.com.
Jep Extensions
Jep Extensions is a set of extensions to Jep which add symbolic operations, fast evaluation, a type system allowing evaluation using matrices and rational numbers, limited structured programing and conversion to MathML.
GWT Jep
GWT Jep is a javascript version of the core Jep library using the Google Web Toolkit.
Examples
This simple calculator is made using Jep/GWTJep

More extensive examples can be found in Jep Console, Extensions Console and the plotting apps to the left.

Interested in private mathematics tuition in south-east Cornwall? I offer tuition at all ages and all levels with an emphasis on engaging the student and exciting the students:

My son has just finished his GCSEs and I had a fantastic tutor, Richard Morris, who taught him for 1.5 hours per week for about 12 wks before his exams. From really disliking maths he now really loves it and found his exam straightforward. - Di Baker MentOrg

A collection of uniform polyhedra in rotatable 3D. 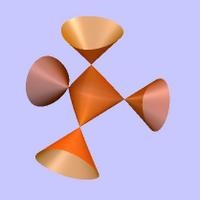 All the surfaces defined by cubics equations.

I teach Ki-Aikido a Japanese physical art, developing the mind and body and coordination between the two. 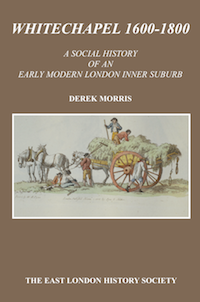 My father Derek Morris's page on Early Modern Stepney History. With details on his research into Mile End Old Town, Wapping, and the East End of London in the 18th and 19th centuaries.

Some have been developed using jsfiddle. My public Fiddles

And a JavaScript extension

Some of my mathematical papers.

Lerryn.net My local village website, which I help administer.

Merseyside Dock Action me being arrested at an Earth First! action in the early 90's.

Moon phases long term variations in the length of time between full moons.

I have a stackoverflow accounts on the main SO, maths and arduino stacks.

I have worked with Plants For A Future a charity investigating the wide range of useful plants which can be grown and ecological systems of growing. I still work a bit with the Cornwall Site near St Veep, Lerryn, Lostwithiel, Cornwall.

Ken Fern's website expands on the Plants for a Future database with an extensive temperate and tropical plant database.

I do occasional webdevelopment, including phoenix New Life Poetry and Lerryn River Stores.

I'm on the committee for our vilage website Lerryn.Net.